No doubt it’s with a characteristic tongue in his cheek that Fatso Jetson guitarist/vocalist Mario Lalli sings “These archaic volumes won’t ever really be heard” on the title track of the band’s sixth full-length, Archaic Volumes (Cobraside Distribution), but there’s something about the use of the word “really” that sets the line up for multiple levels of interpretation. The “volume” pun is one thing, but the line also seems to be saying those of us hearing the album aren’t really hearing it. There’s more behind the music and words than a surface listen can reveal. This is, as repeat visits to Archaic Volumes reveal, the complete and utter truth.

Fatso Jetson’s first studio album in eight years’ time since the release of Cruel & Delicious — there was the vinyl-only Fatso Jetson Live in 2007 – is rife with complexity, whether it comes in the tight, careful riffing of the infectiously catchy, harmonica-laden opener “Jet Black Boogie” or the casual surf influence topped off by Vince Meghrouni’s saxophone on “Back Road Tar.” Fatso Jetson has always been a complex band, meshing the members’ love of early ‘80s SoCal hardcore punk (read: Black Flag) with the more open tones consistent with the desert they call home, but the maturity on display with Archaic Volumes goes beyond genre meshing into individual expression, as the lyric-heavy near-psychedelia the band manages to fit into closer “Monoxide Dreams” would confirm.

And then there’s a completely different level on which to experience the album. The alliterative rhythm section of drummer Tony Tornay and bassist Larry Lalli are flat out astounding on “Golden Age of Cell Block Slang,” working the kind of swing into the song that Chris Goss’ Masters of Reality was reaching for on Pine/Cross Dover and fell comparatively short of. They work equally well in the straight desert push of second track “Play Dead” and the cover of The Cramps’ “Garbage Man,” which Mario’s vocals turn into an anthem and mission statement for the band at this stage in their career. While I’m pointing out highlight tracks, the pulsating crunch of instrumental “Here Lies Boomer’s Panic” finds all of Fatso Jetson firing on all cylinders, Meghrouni belting out jabbing sax notes in line with both Lallis and Tornay and still managing somehow to stand out in the mix. 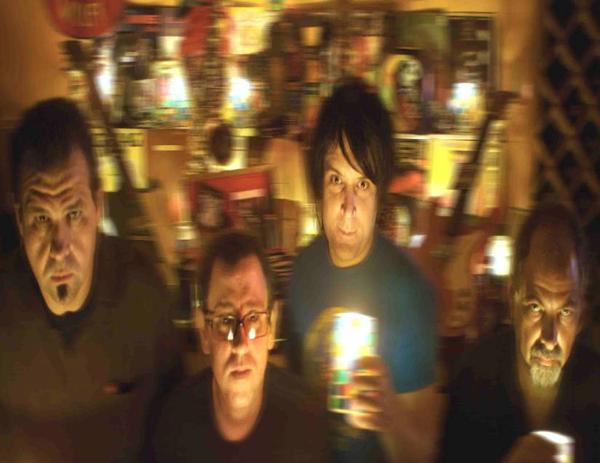 “Jolting Tales of Tension” throws some acoustic guitar into the works – well engineered by Mathias Schneeburger – and provides an instrumental transition into the title track with a curious musical shift just after two minutes in reminiscent of Yawning Man in a way that had me looking for a Gary Arce guest performance (not there). And since it begins with the line “And here lies my panic in all the simple ways,” the mid-paced airy groove of “Let Go” seems to come from roughly the same place as “Here Lies Boomer’s Panic” right before it while bearing only minimal sonic resemblance to the aforementioned instrumental (Lalli’s vocals remind of Totimoshi, or maybe that’s the other way around). Once again, Fatso Jetson working on a level not necessarily for those looking to casually peruse the album.

I was pretty sure I would dig Fatso Jetson’s latest, but I didn’t think I would come to dig it as much as I do. What we get on Archaic Volumes is intensely creative desert rock brought to a maturity that recognizes both its age and root influence without sounding too focused on either one and thus losing grip on songcraft. “Jet Black Boogie,” “Archaic Volumes,” and even the longer “Back Road Tar,” as well as the rest of the bunch, are memorable songs with a confidence in their execution that can only come from the time a band like this has put into their sound. Go into it with high expectations and feel confident they’ll be met. These Archaic Volumes should definitely be heard. 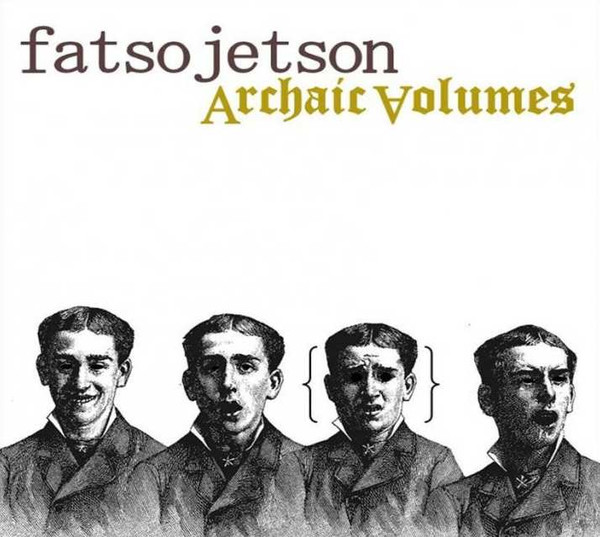