$15.00
Release date: July 06th 2018. Label: Heavy Psych Sounds. Format: CD/DD/Vinyl
The Revolt Against Tired Noises – Tracklisting
1. The Black Kite
2. The Revolt Against Tired Noises
3. Skyline Pressure
4. Grant’s Heart
5. Violent Lights
6 Catamaran
7. Misfortune Cookies
8. Ghost Beach
Members
Gary Arce – Guitar
Mario Lalli – Bass
Bill Stinson – Drums
Review
Seminal Desert/Stoner Rockers Yawning Man return with their new album - The Revolt Against Tired Noises. This is their first album for their new label - Heavy Psych Sounds, who are perhaps releasing some of the best Stoner Rock albums this year.
The Revolt Against Tired Noises sees Yawning Man adapt a more cinematic approach to their music. With the familiar Desert, Psych and Stoner Rock sounds that Yawning Man are known for merged with a heavier and progressive sound. The mood can be very Post-Rock at times but this album is still quintessential Yawning Man through and through. The album is mainly instrumental. However there two tracks that contain vocals which I'll go into later.
Opening track - Black Kite - is a rich psychedelic and progressive Desert/Post-Rock odyssey with Yawning laying down the foundations on what the album will deliver within the next forty minutes or so. The music is beautifully heavy and quiet on different parts of the song. The undeniable talents of Gary Arce, Mario Lalli and Bill Stinson are there to behold for everyone to feel and hear.
Second track - The Revolt Against Tired Noises - is a song that blends the sounds of the legendary Desert Rock environment with a heavier Stoner Rock riff. Though it's the psychedelic riffs that leave you drifting into your own sub-conscience and thinking of happier times.
Third track - Skyline Pressure - is longest song on the album running past the seven minute mark. This is perhaps the most classic sounding song that Yawning Man have recorded on the album. As it contains some of their earlier trademark sounds and ideas but given a more progressive modern feel. The song never outstays its welcome as the instrumental work is precise and direct leaving you wanting more.
Fourth song - Grant's Heart - is where Yawning Man decide to throw a major curve ball for their established fan-base by adding vocals to this song courtesy of Mario. Mario gives this song a heartfelt and emotional uplifting feel. This is perhaps the standout song on the album. As the album is very emotional especially when the heavy Desert Rock riffs kick in.
The second half of the album is equally as good as the first half as Yawning Man include a much welcome surprise by finally recording the classic song - Catamaran. Catamaran was made famous by Kyuss. However this song was originally written by Yawning Man and made famous by Kyuss on their classic album - And The Circus Leaves Town. So it's great to hear Yawning Man treating audiences to their own definitive version of this classic song. Both versions are quite different to each other but brilliantly familiar as well.
The Revolt Against Tired Noises is another wonderful sounding album from Yawning Man and it's perhaps their most fully realised album to date. The production is fantastic from the start with Yawning Man's sound having a fresher and dynamic feel compared to previous releases.
Only Yawning Man could have released this album and this ranks as perhaps their best album to date.
Words by Steve Howe
Current Stock:
Close 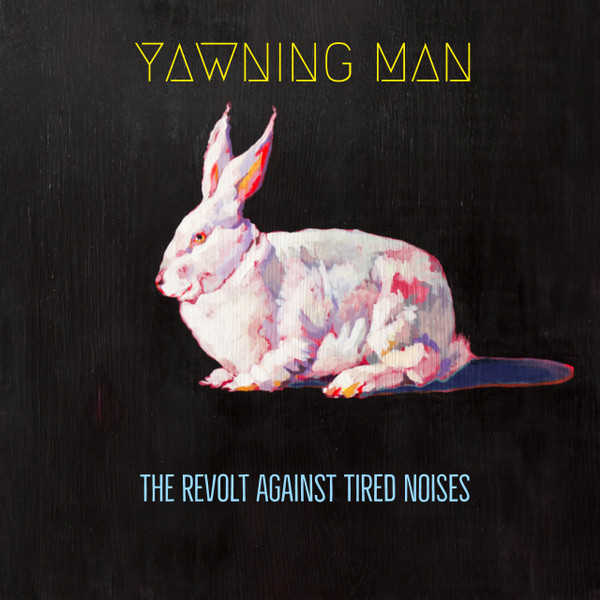